How To Watch World Cup Finals With A VPN - top5-vpn

How To Watch World Cup Finals With A VPN 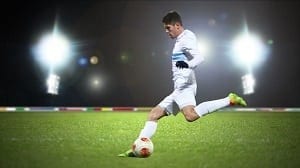 It has been an exciting FIFA World Cup so far, with many underdogs winning unexpectedly in typical football fashion. The final has lined itself up, and we have France vs Croatia set to battle it out for the number one spot, which promises to be a thriller from beginning to end – for people with access to the match, that’s commentated in the language of their choice, that is. There are so many high quality and reasonably priced streaming services that offer sports fans the world over a multitude of choice when trying to find the sporting event of their choice, but unreliable internet connections can sometimes interrupt the sporting action at the most critical moments.

Buffering, time outs, and jittery playback all have the potential to ruin an otherwise fantastic match, leaving sports fans frustrated and angry at missing out on the full experience of the game. Luckily for us, there is a fantastic solution: VPNs!

VPNs are available in most countries, and have servers all around the world, which means that if you are having issues from a specific location where your connection is behaving badly then you can connect to a country’s VPN server that offers better traffic speeds and protocol prioritization. VPNs offer many other great benefits, including privacy and protection from cyber criminals, making it one of the most sensible services that you could sign up for in 2018.

VPNs and Sports – What’s the Connection?

Sometimes a sporting event might not be popular in your country, which means that the chances of your favourite game being broadcast on your TV are pretty slim. However, most countries where football is popular will be broadcasting the final match online! Some of these sources will be for free, while others will require a subscription. (See the list of channels at the end of the article)

Examples of channels that are streaming the FIFA World Cup Final are The BBC in the UK, or TF1 in France. This means that you can enjoy the match knowing that you are not supporting illegal streaming or putting yourself and your computer at risk by connecting to an untrusted and possibly infected streaming source. For anyone that is looking to connect to a streaming service to watch the World Cup final, simply connect to the server of your choice from within the VPN application that you have chosen, such as CyberGhost or NordVPN, and then connect to your preferred streaming service or website, it is as simple as that.

To make things even more simple, we have added a brief tutorial towards the end of the article showing you the step-by-step installation of CyberGhost. This application is easy to install and use, and what’s more, it comes with a free 7-day trial for you to get to grips with the application before purchasing it.

How to Watch Games from the USA

The fan base of soccer in America has grown in leaps and bounds over the years, to the point where there is a legitimate following of the sport from within the country, something that was almost unheard of as recently as a few years ago.

As a result, there are a many great options for US residents to choose from when looking to watch the World Cup Final, which options such as Fuco TV being particularly popular with World Cup fans. Fox Sports also has an app that can be downloaded, called Fox Sports Go, however that will require a valid cable subscription, which might not be the case for people that are looking to stream in the first place.

Telemundo is another popular choice for avid soccer fans, giving US residents all of the streaming action that they need for this World Cup. Simply connect with your favourite VPN client and start the streaming action. At this point, you might be wondering why you would need to use a VPN in the first place, especially if you already live in the country that you wish to be streaming from.

There are several reasons, but the primary one has to do with your internet service provider. Some ISPs will limit or throttle certain protocols over the network, which makes certain video streaming services struggle to deliver higher resolutions. Because VPNs keep your connection as well as traffic private over the network, you can watch excellent, high quality live streams while enjoying all of the privacy that comes with using a VPN. NordVPN has over 1794 servers in the United States alone, making it almost guaranteed that you will find the connection to make the most out of your World Cup Final.

How to Watch Games from the UK

The game of soccer, or football, was first born in England, and it spread out across the globe to become the phenomenal sporting solution that it is today. Because of this, the UK has plenty of legal streaming sites for UK residents to enjoy, all from the comfort of their favourite device, such as mobile, laptop, PC, gaming console, tablet, almost anything that supports video playback and has an internet connection.

As mentioned before, the BBC offers their BBC iPlayer as well the streaming that is available on the BBC website. To connect to the streaming website of your choice after connecting with a VPN such as CyberGhost, and then sit back and watch the game. ITV also has a streaming option available for the big game, so if you reside in the UK, then be sure to connect to your favourite VPN.

How to Watch Games from Canada

Soccer truly is a global sport, with fans in all 4 corners of the globe. There are plenty of live streaming channels that let soccer fans catch their favourite matches, and Canadians are not left behind either, with plenty of online streaming options available to Canadian residents, the most popular of which being TSA.

If you are in Canada, simply download your favourite VPN app, sign up, and get started. Once you have connected to your VPN service, simply choose the closest server to your current location, and then connect. After you have connected to your VPN server, it is a simple matter of connecting to the streaming source of your choice, and then enjoying the match.

How Do You Connect to a VPN to Watch the World Cup Final?

In this example, we will be following CyberGhost’s tutorial to install a VPN. A handy YouTube video can also be found here. The video is especially handy if you have never installed a VPN application before, but don’t worry, it is really simple and easy to do. Let’s get started!

World Cup fever has taken the world by storm yet again, showing that the passion for the beautiful game is still alive and well. Fans from all around the globe will be tuning in for the final match that sees Croatia take on France for arguably one of the most coveted World Cup title’s in the world.

Don’t let your lack of cable connection or satellite TV get between you and your World Cup Final viewing experience: unleash the power of VPN and treat yourself to soccer spectacle. The final game is scheduled for July 15th 2018 and is going to be held at Luzhniki Stadium, Moscow. Kick off time is 3PM GMT and it promises to be an epic final match. We hope that this has been helpful, and that you can get started with a VPN service that will server your every internet requirement! Happy streaming! 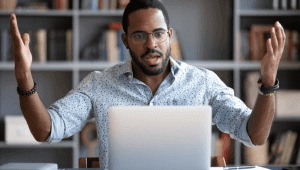 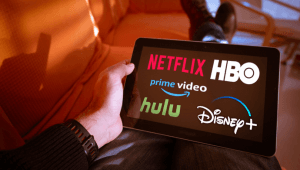