What’s Going On With Net Neutrality? 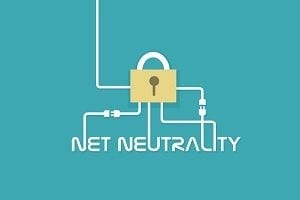 With so many political, societal and economic issues garnering our attention today, it may be surprising to see a recent action taken by the U.S. Federal Communications Commission encompass so much discussion and debate. Yet the seemingly minor step taken by the FCC to repeal the Net Neutrality regulation is fast becoming a highly charged issue grabbing headlines the world over.  This is because it concerns something that affects the lives of a vast majority of the world – the Internet as well as VPN usage. The Internet will become so ubiquitously interwoven into our daily lives by 2025 that it will essentially be a part of our society in the same manner that electricity is today.  That means that any type of legislation that affects how we access the Internet has a definite impact on our lives.

What is Net Neutrality?

The divergence over the issue of net neutrality is nothing new.  It has been deliberated since the 1990’s when Internet Service Providers first began offering internet service to customers in the U.S.  The premise of net neutrality is to ensure the internet remains centered upon the idea of openness and equal access.  This means that web users are free to connect to whatever website or service they want, regardless of what the ISP thinks of the involved content. It also ensures a level playing field so that a one-person proprietorship can publish a website on the internet and compete with the largest technology company.

The FCC in February of 2015 reclassified broadband internet so that it would fall under the guidelines of the 1934 Telecommunications Act. Net Neutrality went into effect on June 12, 2015.  Just as phone companies cannot block a person from calling someone, an ISP cannot block a particular website. Under net neutrality, it is unlawful for ISPs to throttle a website for competitive reasons or provide special high-speed privileged access for designated companies that purchase that advantage. For instance, the ISP could not block Netflix in favor of its own streaming service.

The Status of Net Neutrality

With the FCC under new leadership because of the 2017 presidential election, the FCC voted to repeal the net neutrality ruling in December of 2017. The vote was officially logged in the Federal Register on February 22 and the repeal will go into effect on April 23.  This reversal is not chiseled in stone as of yet however.  Net neutrality is a very popular and dear issue for many.  Polls show that a majority of Americans favor the continuance of the regulations. Legal challenges have been filed by 22 state attorney generals and the District of Columbia to block the repeal from taking effect.

Concerns of the Repeal

With the repeal of net neutrality, the same concerns return in that large technology companies will use their positional power to influence and even manipulate our access to content.  This includes what videos we watch, which sites we can read and which services we can access.  Another fear is that big technology companies will be able to stifle any competitive innovation that threatens them. An even greater trepidation is the right to privacy of internet users. Current net neutrality provisions require carriers to adhere to consumer privacy rules. Once repealed, ISPs would be able to sell and share your browsing history as a proprietary commodity. While consumers would have the right to opt-out, much like the do-no-call opt-out programs, it requires proactive measures on the part of consumers, and something that many people fail to do.  At the least, ISPs could monitor and log your browsing behavior and categorize you.  They could then charge different access fees based on these categories. What’s more, the repeal of net neutrality not only affects American consumers, but internet users the world over as such a large percentage of internet resources reside in North America.  The repeal could also set precedence for other countries as well.

The Argument For Repealing Net Neutrality

Many people sounded alarms when the telephone industry was deregulated forty years ago, yet that deregulation appears to have accelerated innovation. One of the primary arguments supporting the position that government intervention is unnecessary, is that the internet prior to net neutrality was pretty much the same internet as today. After all, net neutrality as only been in effect for a couple of years.  At the dawn of the internet, users were limited to dial up, in which access speeds were measured in kilobits. Over the course of a couple of decades, that speed has been greatly accentuated to the seemingly blazing speeds we enjoy today. The way in which we communicate has been totally transformed as businesses have abandoned the traditional telephones for VoIP systems while nearly everyone uses email on a regular basis in both their business and personal lives. The omnipresent state of the internet spawned the fruition of the smart phone to the extent that these mobile smart devices, partnered with social media, have become entrenched in our daily lives. Critics of net neutrality point out that large technology companies already monitor our browsing behavior in order to deliver targeted advertising.

How a VPN Counteracts the Repeal of Net Neutrality

VPN has been utilized for years as an ideal defense against cybercrime. There are so many VPN services today it is easy to make a VPN comparison and see which is the best VPN service that suits your needs. It also serves as a simple counter measure against any of the potential consequences associated with the repeal of net neutrality. Because a VPN hides your network traffic, an ISP cannot discern what services you are using, as all traffic is encrypted and fully protected.  It follows through that as your ISP cannot see what movies, websites and services you use, they must treat all of your traffic equally. This is important in that a VPN protects not only your privacy, but your potential speed as well. While it is true that an ISP could theoretically throttle VPN traffic in order to discourage its use, this is highly improbable.  Most large corporations provide VPN to their employees working remotely and on the road.  It is common for satellite offices to have permanent VPN connections for all of their traffic. Furthermore, any attempt to manipulate encrypted web traffic could also impair HTTPS traffic as well as IPv6 traffic in the future.

VPN is Available for Everyone

Fortunately, VPN is no longer a luxury reserved for corporate employees only.  Millions of people subscribe to VPN services for their everyday lives.  VPN subscriptions are not only an effective shield, but are simple to implement.  Here are the top 5 VPN services as of February 2018, all of which can provide you security, privacy and peace of mind that no matter what the results of net neutrality’s repeal, your internet experience will remain the same.