How To Speed Up Your VPN 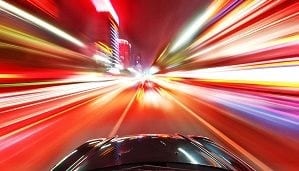 Speed is definitely one of the most important aspects you want to consider when choosing the best VPN service for your requirements. It’s important to know how to choose the fastest VPN service possible and how to set it up for best use.

Tips to Speeding Up Your VPN

Many users have come to understand the risks of using the Internet, especially via public access points and networks, but even the best VPN services can get slow on you. VPN services encrypt all the data sent and received through the VPN server, which actively provides privacy and security for the end-user.

A 10-20% loss in connection speed is thus considered normal and attributed to the software having to actually finish the encryption process for every data package.

There are numerous factors in play, including the type of protocol used, added security features and server type and location. Bearing that in mind, we look at the ways how to speed up the process and get a genuinely fast VPN.

How to Increase Your VPN Speed?

There are, of course, choices and tweaks you can make to improve the efficiency and the overall speed of your connection to get the best VPN you can get. This includes protocols you choose to employ, firewall tweaks, the internet connection you use and more.

Firstly, it’s important to note you are limited by the speed of your Internet connection without the VPN. It may sound obvious but it’s worth getting out of the way first.

You cannot get better speed than is available via your regular broadband connection and it’s important to always be aware of this limiting factor.

While we understand the freedom a Wi-Fi connection allows, it’s always recommended to connect directly to your router as that usually provides a faster and more stable connection.

You can always quickly check if your connection is down for a reason by disconnecting your VPN and running a speed test to the same server location. If there are significant differences you need to run the diagnostics and take steps to achieve an unaffected and fast VPN.

2. The Device You Use

Many of the best VPN services available will support mobile and desktop devices, but some devices will not be able to attain the high speeds users hope for. Heavy encryption processes need newer processors with more power and the older generation, especially mobile, devices can cause problems.

It might be a little drastic but if your device is lagging with other “heavy” apps your only option for consistently fast VPN could be changing your device.

The server to which you connect is very important for many, quite obvious reasons.

The best VPN providers will have multiple servers and locations users can choose from. It’s usually best going for the closest server to your actual location to ensure lower latency and consequent faster connection, but you can fiddle and check out several different options with the above-mentioned internet connection speed test to discover the fastest VPN servers for yourself.

Speed is also affected by the VPN server bandwidth coupled with the number of users connected to it.  The fastest VPN service is obviously achieved with more available bandwidth per user.  You can usually check this before taking up any VPN. You’ll notice that more expensive VPNs can afford better infrastructure, which is one of the main reasons why the free VPNs are usually somewhat slower.

While we do recommend having both your antivirus and firewall software on at all times, it’s evident they can also slow down your connection as they actually filter all data traffic. Therefore, if your VPN has slowed down you can look for the issue by pausing the firewall and antivirus services to see if they actively impede your VPN speed.

If the antivirus does seem to be at fault you shouldn’t resort to uninstalling or switching between VPN providers too quickly.

You can work your way around this by making exceptions for the VPN processes within the specific local security software which can easily be found under advanced settings and active protection.

The encryption and tunnelling protocol you choose will directly and sometime drastically affect the VPN speed.

L2TP and SSTP protocols offer better security but best security may come at a high cost as they usually offer slower speed. If you use VPN mainly to download and access geo-restricted content,   you may want to try weaker encryption levels. Less data usually means better speed but protocol will also determine other settings where TCP, for example, will force the server to verify the data received and further slow the process, while UDP will do no such thing.

Users are urged to explore the data routing options with all VPN providers, as only the fastest VPN services will have the most efficient routes between servers and the end-user. The speed is sometimes slowed as routes are inefficiently set up even in one physical location, and for less proficient users we’d always recommend going with experienced providers.

The VPN software will connect to the server using a specific port and we’ve seen many cases where networks have the speed restricted for the ports. If you still have troubles with the VPN speed after the tweaks above, you might want to explore these options with your app and switch between ports to achieve the best VPN speed.

Lastly, we have to mention the one-time fixes which can be very useful if your usually-fast VPN service starts lagging. This can happen for many different reasons and sometimes the simplest of solutions can bring the fastest VPN back to life. When in trouble, we suggest restarting your device before moving on to other fixes, as it will free memory and available resources! Modems and routers can also cause unexpected problems with memory leaks and a simple restart can help the connection speed and consistency with no advanced tweaks.

If you’re searching for the right combination of speed and security in your VPN service, check out the Top 5 VPN ranking for our very latest recommendations.