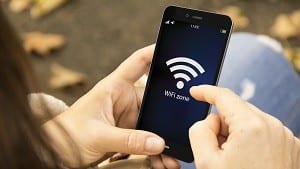 It’s more or less a force of habit now; our instinctive reaction to scroll through available wifi networks when we find ourselves in public places like malls or airports.

We assume that such wifi networks incorporate the same kind of ironclad security measures as the ones present in our home or office. But that couldn’t be further from the truth.

As this example demonstrates, it’s not so far-fetched for a malicious entity to take control of your device even while you’re sipping coffee and typing a few emails at your friendly neighborhood coffee shop.

Steps You Should Take When Accessing Public Wifi

We’re not saying you should stop connecting to public wifi networks altogether. But exercise caution and all will be well. Incorporate these steps for peace of mind:

While connected to public wifi we recommend that you refrain from any internet activity that may involve the disclosure of sensitive information. For example, it’s not in your best interests to attempt to use your online banking portal while sitting at the local Starbucks. Feel free to peruse through blogs, catch up on the news but don’t input login details that could lead to identity theft.

Places like coffee shops are havens for hackers who want to snoop on your online activities. The task is made easier by the deluge of people connecting to free wifi hotspots which makes it possible for said hackers to infiltrate your device via man-in-the-middle attacks.

Try to connect to secured networks

There are usually two types of public wifi networks we can connect to. An unsecured network, also referred to as an ‘open network’, will allow you to log in and connect to the internet without divulging any personal information. This means you won’t have to request a password and/or fill out details like your email address before you are granted access.

The other type of public wifi network, considered to be ‘secure’, usually asks us to fill out a webform before giving us a temporary, time-restricted password. You might have seen this at an airport where we’re asked to input our passport number in order for a code to be sent to our email address.

Such networks are significantly harder to manipulate and it’s a safe bet to assume that aspiring hackers will leave them alone. After all, they’re not in the business of divulging their own personal information.

As a general rule of thumb we recommend that you always try to scour available wifi networks for the secured option. One way of distinguishing between the two is to look for a padlock icon next to the name. We agree that it’s easier and hassle-free to connect to an open network, but the few extra minutes spent in securing your connection will be worth it.

Use a Virtual Private Network

A Virtual Private Network (VPN) strengthens the security of your internet connection by creating an encrypted tunnel between your device and the internet service provider (ISP) that you’re connected to.

VPN providers will route all internet traffic via this secure, encrypted tunnel, rendering it almost impossible for hackers or surveillance agencies to snoop on your online behavior.

The Hyper Text Transfer Protocol (HTTPS) is an encrypted, secure protocol which mediates the transfer of data between your device and the website that you’re trying to connect to. Popular sites like Gmail, Facebook, and LinkedIn are all HTTPS secured, which means the transfer of data is encrypted and the chances of your personal information being leaked are significantly reduced.

To identify an HTTPS secured site, look for a green padlock icon next to the website address. If it’s not there that means the site doesn’t deploy the protocol and the chances of theft are amplified.

If you must log on to an unsecured site when connected to public wifi, we recommend you first install the “HTTPS everywhere” browser plugin. This won’t force the host site to automatically assume an invincible status but it will activate hidden security features if they’re written into the source code. Better to be safe than sorry.

At the most basic level you should have an antivirus installed and active at all times. We understand it’s annoying when the software pings you for updates but there’s a reason behind that — usually the developers in question have identified a new threat and are sending across a patch to ensure you remain out of harm’s way.

If you don’t have an antivirus installed on your machine, the very least you can do is to enable your firewall. This acts as the first line of defense against intrusive entities by monitoring all internet activity and deciding whether to accept or reject based on security protocols.

Switch wifi off when not in use

A basic rule of security when connected to a public wifi network is that if you don’t need to be connected to the internet then simply switch it off. This applies even if you’re working on something in Google Docs, for example. Simply enable the ‘work offline’ option and let the software handle the rest.

This step has the added advantage of saving battery life and preventing mindless scrolling on social networking sites. Use the internet sparingly and only when necessary as a prudent method to safeguard your personal information.

If you have a Windows laptop, then simply deactivate wifi by clicking on the icon in the system tray and turning it off. Mac users have to find the wifi icon that’s located on the menu bar (on the top right of your screen) and switch it off.